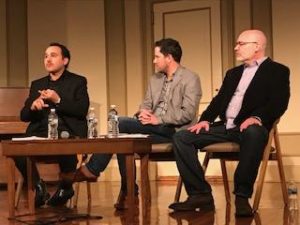 VCLA’s stated mission is at once focused yet broad: we intend to open a world-class residency that welcomes writers (of all disciplines and genres) year-round, featuring workshops, seminars, and residencies, allowing authors time and space to work. But VCLA will be –and already is– bigger…and better. We envision the bricks and mortar (in historic Winchester, VA) as an eventual and inevitable destination for this programming, but also a satellite (physical, virtual) for creativity and community. Check out our 2019 events calendar, very much a work-in-progress, but one that is rapidly expanding, to get a sense of what we’re doing, what we’re delivering, and who we are hoping to attract (hint: everyone, especially you).

That said, the only criterion for participating in VCLA’s programs is an opened and curious mind. Whenever possible, my goal is to present fresh and under-represented voices, which involves avoiding cliché and predictability. Our ongoing Author Series at Handley Library will continue to feature writers from myriad fields, and has thus far included non-fiction and political biography. For our first foray into the world of fiction, the key word is world. As in global; not local, not American. This weekend it was our considerable honor to invite Egyptian writer Ahmed Naji to discuss his novel Using Life. 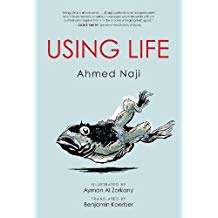 This event was VCLA’s first official collaboration with the Alan Cheuse International Writers Center. Naji read from his work (in Arabic) and Cheuse Center Director Matt Davis read a translated section in English. We then had the opportunity to hear Ahmed talk about being imprisoned for “violating public modesty,” a result of calculated outrage based on an excerpt from his novel. Needless to say, this ordeal will inform his fiction and journalism, and Ahmed described the ways his life has—and has not—changed since becoming a literary and political cause célèbre. 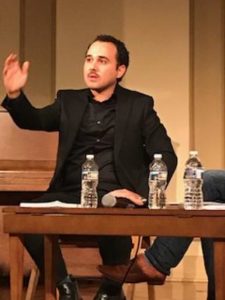 As a mostly fortunate (and undeniably lucky) American writer whose biggest artistic complaint generally revolves around the self-imposed stress of so-called writer’s block or cultivating a respectable social media presence, it was more than a little humbling to gain insight into what even the most erudite and empathetic amongst us likely take for granted, as writers and citizens. Fortunately, we were able to capture some of the discussion on tape (thank you, Heather Murphy!), and I encourage everyone to listen to –and be inspired by– Ahmed Naji.

Ahmed describes his experience in prison:

Ahmed discusses resisting superficial labels (in writing as well as in life): 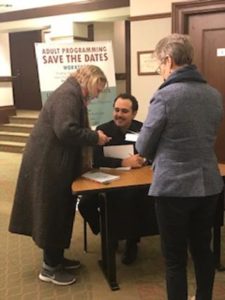 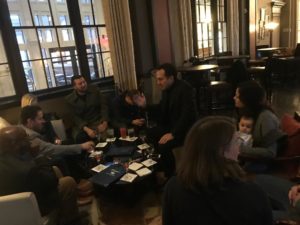 The VCLA Author Series continues on February 2 with the one-two punch (and husband and wife team) of Karen E. Bender (Finalist for the National Book Award) and Robert Siegel. See you there!