THE PUBLISHING INDUSTRY IN THE 21ST CENTURY 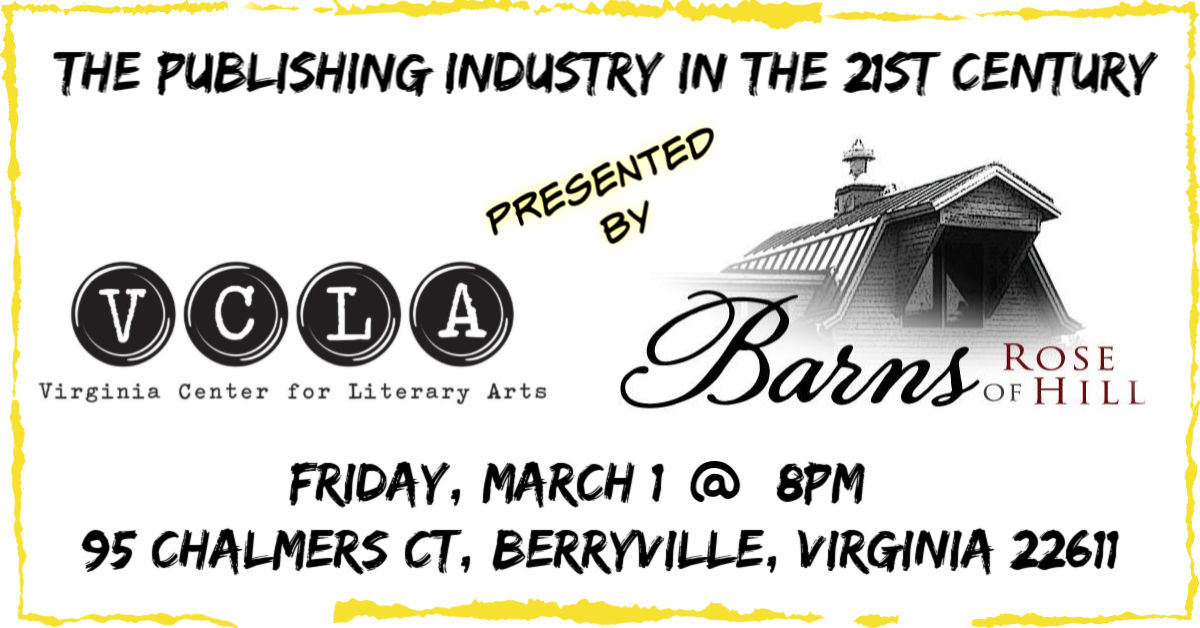 Sean Murphy, Founding Director of the Virginia Center for Literary Arts (VCLA) will moderate a panel, “The Publishing Industry in the 21st Century.” A columnist for PopMatters, Murphy has been writing book, movie, and music reviews for almost two decades. In addition to his former role as tech analyst focusing on the intersection of innovation and culture, he is the author of several books, including the Amazon best-selling memoir Please Talk about Me When I’m Gone.

Joining him are a distinguished group of industry insiders, all with ties to the northern Virginia area. Bethanne Patrick (AKA @TheBookMaven), a critic and author whose career has focused on books, publishing, and authors, she was named one of Flavorwire’s “35 Writers Who Run the Literary Internet,” and her reviews appear in The Washington Post and NPR Books, among others. Dallas Hudgens, the author of Drive Like Hell, Season of Gene, and the collection Wake Up, We’re Here, and founder of Relegation Books, an independent press in Washington, D.C. Gregg Wilhelm, a writer, publisher, teacher and arts administrator with more than twenty years of experience in the literary arts. He founded CityLit Project and is currently Director of George Mason University’s MFA Program. The panel will be interactive, and questions from the audience are encouraged. Copies of the authors’ books will be available for purchase and signing. This is a free event.

More about Sean Murphy and VCLA.

More about Bethanne, Dallas, and Gregg.